Terra Guitarra, the landscape of guitar, the music of the earth.

Zone Music Reporter calls Terra Guitarra “one of the top nuevo-flamenco groups in the world”, with two #1 and three top 5 internationally charting albums and multiple “Album of the Year” nominations. Their sound, depth and virtuosity is described as “Simon and Garfunkel meets the Gipsy Kings” and “taking a yoga class in a field of running mustangs."

Terra Guitarra is the duo of master guitarist Bruce Hecksel and vocalist and rhythm guitarist Julie Patchouli. Their soulful fusion of blazing Spanish and world guitar rhythms, sparkling melodies and spine tingling harmonies are infused with a visible onstage chemistry. An extraordinary bond is immediately apparent as two guitars merge into one acoustic wall of sound and their innovative, percussive flat-picking and hybrid fingerstyle techniques leave even astute listeners wondering where the drummer is. “How you get two guitars to sound like a 10 piece band is amazing!”- reviewer RJ Lannen.

In 2015, Terra Guitarra’s album Firelight went #1 on One World Music UK Charts and #5 on the ZMR charts. The duo’s 2017 release Of Sea & Stars debuted at #2 on the ZMR charts was #1 on OneWorldMusicRadio UK charts and Phase Radio Australia charts.

There is no denying the popularity of Terra Guitarra’s music, not only from the worldwide sales of their six albums, but also because they perform more than 200 shows each year. Touring gives the duo the opportunity to try their new music out on an audience. These performances also allow the duo to change, expand or improvise new sections of their older repertoire to keep it fresh for the public. “Performing is a major part of our music which takes on characteristics of where we are and the flavor of the audience,” explains Julie.

Terra Guitarra is the voice of the lands they’ve traveled, the voice of the countryside in spring, the city in summer, the moonlit alleyways. “Usually the melodies first come to me when I am outside experiencing nature,” says Hecksel. “We travel constantly and we find each place has its own musical feeling. Our music celebrates the landscape and the people there. The melodies are reflective of the earth’s energy and vibrations.”

Terra Guitarra released a brand new album “Spirit Wheel” at the beginning of 2018. It is a chill out groove record showcasing Terra Guitarra’s signature guitar sounds with mellow grooves, airy electronic beats and wind born native flutes. The album was instantly popular on Jazz and Chill-out radio programs around the world. 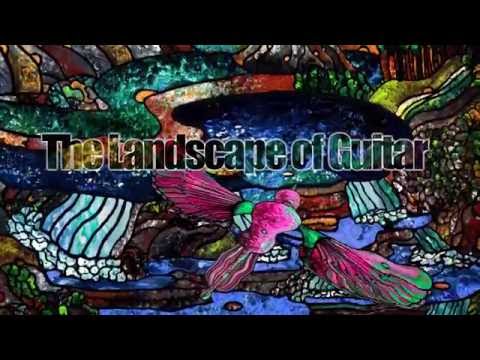